The Journey Through the Twelve Planets has begun! 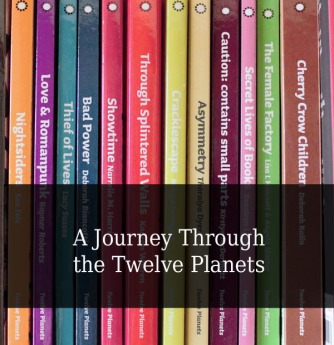 The journey through the Twelve Planets has officially begun!

Ju and I have set up a separate blog to keep track of reviews, as well as post extras – such as giveaways and interviews – over the course of the year.

Hop on over and join us as we read our way through the planets.  Reviews of the first collection, Sue Isle’s Nightsiders, will be appearing at the end of January 2016.

Join in now, or keep an eye out and link to previous reviews as we go through each collection.  You’re also welcome to join in at any later date.

We’re kicking off the official beginning of the journey with posts from both of us explaining something of why we want to do the challenge.

Come join us on a journey through the twelve planets.

Like Loading...
This entry was posted in A Journey Through Twelve Planets and tagged a journey through the twelve planets, challenge. Bookmark the permalink.